Fusion-io has announced that it has acquired the UK-based storage technology company ID7, the leading developer of the open source SCSI Target Subsystem for Linux. Fusion-io specialises in acceleration technology including high performance and capacity PCIe SSD cards and is also known for employing Steve Wozniak as Chief Scientist. Mar 03, 2010 The folks at Fusion IO did mention that some clients put several of these cards in one server and use 10GbE or Infiniband mixed with iSCSI to essentially setup a mini-SAN. TIn this setup, there is no ‘hacking’ required to properly cluster your Windows server, but this is one expensive setup.

Fusion-io revealed today that it made another investment in software defined storage. The company announced that it acquired ID7, the UK-based company behind the open source SCST SCSI Linux target subsystem. Financial terms were not disclosed.

The companies did, however, give an indication of how the deal will impact Fusion-io's goal of mainstreaming flash storage in the data center. It's a strategy that, as of late, hinges on software as much as it does on the company's ioDrive, ioScale and ioFX flash acceleration hardware.

Last summer, Fusion-io released ION, software that in conjunction with the company's PCIe flash add-on cards turns 'tier one servers into a shared data acceleration appliance,' according to the company. The software defined storage acceleration technology can provide improvements of up to 40x in application performance, 25x for SQL Server and 8x in media transcoding.

During its unveiling, Fusion-io's influential chief scientist and Apple cofounder Steve Wozniak gave the company's pursuit of software-enhanced storage his personal stamp of approval. 'Powerful software can be the foundation for incredible innovation, especially when it's also an open system that shares resources,' he said.

As it turns out, ION helped paved the way for today's deal, said ID7 CTO and founder Mark Klarzynski.

'We had an opportunity to work with Fusion-io on the development of the ION Data Accelerator when it became apparent that the team has been founded on a culture of architecting software innovation deep within the Linux operating system kernel to deliver significant breakthroughs in modern storage architectures,' he said in press remarks.

Fusion-io followed up in late August by releasing an update for its ioTurbine software, which the company acquired when it bought up IO Turbine for $95 million in 2011. Targeted at virtualized environments, ioTurbine is a cross-platform virtual machine (VM) acceleration solution that rebalances flash storage resources in accordance to VM movement to speed up performance and lower costs by increasing the number of VMs that a server can handle.

With ID7 on board, Fusion-io CEO David Flynn is signaling that he is poised to expand on the capabilities of the company's growing software portfolio. 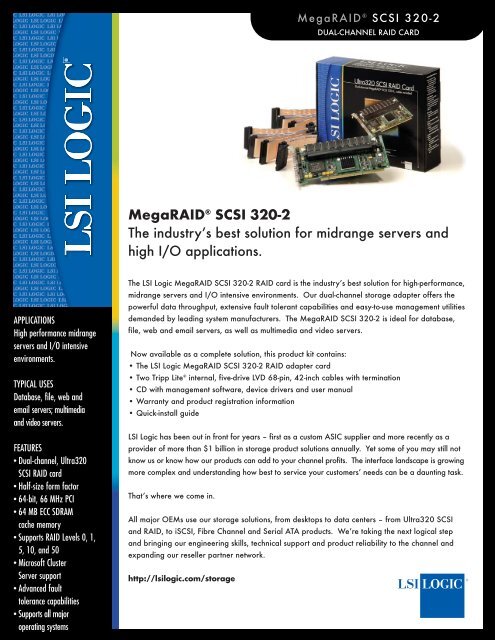 'Software defined storage platforms are key to delivering peak performance and efficiency in today's datacenters. ID7 has provided valuable contributions to the industry, making us excited to welcome them to our ION Data Accelerator team as we continue to grow our business with the expertise of many of the world's most innovative engineers,' he said in a statement.

And SCST is in no danger of taking a back seat to the company's commercial products once the ID7 team is integrated into Fusion-io, indicated Fusion-io senior vice president of products Gary Orenstein.

'In addition to maintaining an open source version of SCST, Fusion-io will continue to contribute to the open source distribution as we develop software solutions to help define the all-flash datacenter,' informed Orenstein.

Pedro Hernandez is a contributing editor at InternetNews.com, the news service of the IT Business Edge Network, the network for technology professionals. Follow him on Twitter @ecoINSITE.

This article was originally published on March 18, 2013

Today, more and more workloads are running in virtual machines (VMs), including workloads that require significantly more IO in the guest operating system. In a VM on VMware vSphere, all virtual disks (VMDKs) are attached to the LSI Logical SAS SCSI Adapter in the default configuration. This adapter is recognized by all operating systems without installing additional drivers, but does not always provide the best performance, especially when an SSD RAID or NVMe Storage is used. In this article we have compared the virtual storage controllers LSI Logical SAS, VMware Paravirtual and the NVMe Controller.

The standard controller in almost every VM is the LSI Logical SAS SCSI controller. This controller is recognized and supported by every guest operating system without additional drivers. It is suitable for almost any workload that does not have large I/O requirements. It is also necessary for the configuration of Microsoft Server Cluster Service (MSCS).

Starting with ESXi 4.0 and virtual hardware version 7, the VMware Paravirtual controller is available. This controller was developed for high performance storage systems, because it can handle much higher I/O and reduces the CPU load. In order for the controller to be used by the guest operating system, the VMware Tools must be installed.

Starting with ESXi 6.5 and virtual hardware version 13, an NVMe controller can also be added to the VM. This controller further optimizes the performance of SSD RAIDs, NVMe and PMEM storage. This Controller is the default Controller for Windows VMs in vSphere 7.0.

We have conducted various performance tests for different scenarios. The test scenarios are only examples, the individual values should be adjusted individually to the own workload to achieve realistic results. Details of the test system used: